Downtown Cloverdale comes alive with Friday Night Live at the Plaza. In addition to high-caliber, party and dance music delivered by a variety of bands hailing from across the United States, FNL visitors will find many other attractions. Dinner is available from a number of food vendors and nearby restaurants; and premium Sonoma County wines and craft beers can be purchased by the glass. Hand-crafted arts, crafts and other unique, locally made items are available, along with a variety of kids’ activities, such as jumpy castles and rock-climbing walls, to ensure there is something for everyone at Friday Night Live in Cloverdale. The Street Fair opens at 6:00PM and music runs from 6:30PM to 9:30PM.

Monophonics proudly carry the torch through the generations into today’s musical landscape. Holding onto tradition, but by no means purists of any kind, they play their own brand of music known as “Psychedelic Soul.” Sage Motel, Monophonics’ fifth studio album since 2012, tells its story. Once again produced by brilliant bandleader Kelly Finnigan, the album captures a timeless sound that blends heavy soul with psych-rock. With their previous album, It’s Only Us, selling over 10,000 physical units and garnering over 20 million streams, Monophonics have built a reputation over the past decade as one of the most impactful bands in the country.

Opening for Monophonics will be Cloverdale’s own The Blue Lights. 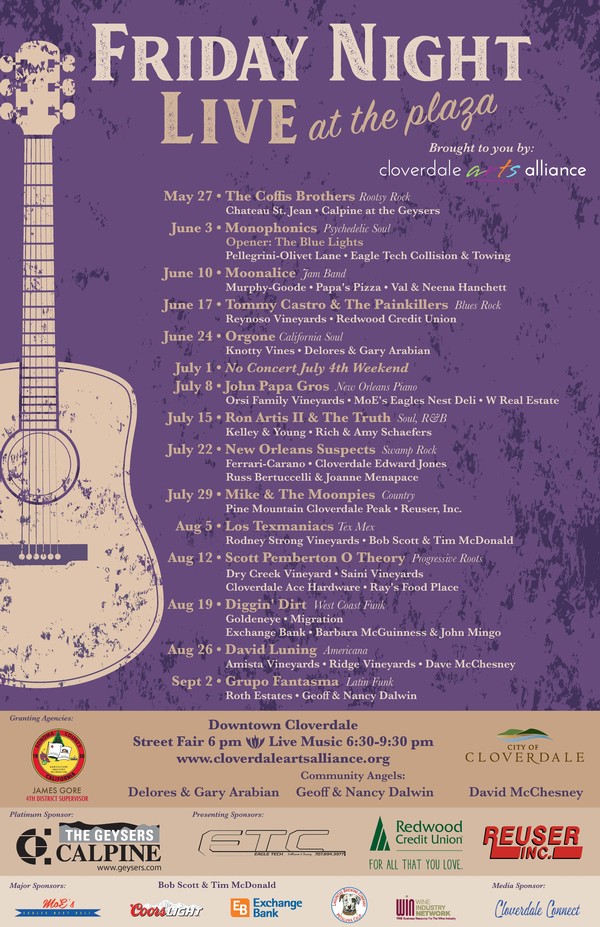 ‘Tis the season! The first Saturday and Sunday of December is our Holiday Gifting Weekend. Giftboxes & Baskets, plus more custom arrangements with merchandise & local foods. Pursue curio pieces & housewares. Seize the opportunity to snag Olivet Lane magnums, and cases of library wines on special for the holidays. 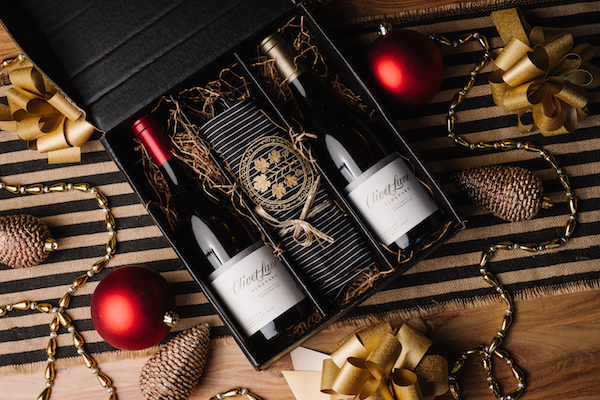